Our World is a Stage

Fairfield is home to our very own Sondheim Center for the Performing Arts and Maharishi International University and was named by the Smithsonian Magazine as one of America’s best small towns. Immerse yourself in our vibe by eating, exploring and living like a local for a few days!

Named by Smithsonian Magazine as one of America’s best small towns, Fairfield is truly one of a kind. We’re big on culture and thrive on creativity. Even though we’re small, Fairfield lives like a big city. We have earned distinctions such as one of Iowa’s “Great Places.” In fact, we were even dubbed “America’s most unusual town” by Oprah.

The most unique part about Fairfield? We have come to be known as Iowa’s most creative and eclectic small city — pretty amazing for a town of about 10,000 people. As a community that moves to its own beat, Fairfield has embraced our contrasts and diversity. As a result, this community has become a cool place to spend a weekend — or a lifetime!

What makes this little town in the middle of Southeast Iowa so unique?

This is just a little sampling from our partner, Fairfield Convention and Visitors Bureau. You can see lots more at the Visit Fairfield website.

AVATAR: THE WAY OF WATER (CC)

AVATAR: THE WAY OF WATER (CC) 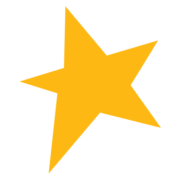